When it comes to advertising, I bet Google isn’t the first thing that comes to mind. Despite this, Google AdWords is a very efficient marketing tool.

Home > SEM > What is an invalid click in a Google AdWords campaign?

What is an invalid click in a Google AdWords campaign?

When it comes to advertising, I bet Google isn’t the first thing that comes to mind. Despite this, Google AdWords is a very efficient marketing tool. It allows small to medium sized businesses with smaller budgets to advertise their company’s products and services on search engines for a low rate, while effectively managing their spending. AdWords campaigns are broken into two areas; the search and display networks. The search network involves your ad being displayed on the google search engine, while the display network shows your ads on sites associated with or owned by Google like blogger and YouTube.

AdWords has numerous campaigns that users can register for but the most popular is easily pay-per-click advertising. Pay-per-click (also known as PPC) allows users to set a monthly, weekly, or daily budget to display their ads and only have to pay when someone clicks on them. While this has proven very beneficial, as with anything, issues have developed, one of the biggest ones being Invalid Clicks. According to Google, invalid clicks are clicks on ads that are considered illegitimate, either done unintentionally or by malicious software.

Believe it or not there are people out there that will click on your ad with malicious intent. One example is that some visitors may click on your ads just to increase your advertising cost but have no interest in purchasing your products or services. In some cases, visitors may also be looking to increase profits for the website hosting your ad by clicking on it. Another way that clicks can be identified as invalid is if they caused by automated clicking tools, robots, and other types of software. These provide no value on the user whatsoever, potentially harming their spending budget.

Despite this issue, Google has made great strides to eliminate the problems associated with invalid clicks. Google can now detect when a click is invalid and will automatically filter it out of your report. This ensures that they do not affect your analytics or payment. On top of that, Google will reimburse you for money spent due to invalid clicks in the form of credits towards future campaigns.

When it comes to spotting the difference between valid and invalid clicks, it’s all about knowing what to look for. We highly recommend that you monitor your ad traffic closely so that you know who it is exactly that is clicking on your ads. Google AdWords accomplishes this already but it never hurts to see for yourself. Another tip we advise is for users to never be afraid to speak up they feel that they have been the subject of some invalid clicks. There’s a strong chance that Google isn’t going to catch them all and if you don’t report them when they’re discovered your money is practically going to waste.

In the right hands Google AdWords is a powerful tool that can help strengthen your business’ marketing strategy. Invalid clicks can be seen as a mere bump in the road that Google has been working diligently to remedy. Even users themselves can stop invalid clicks if they know what to look for. Don’t allow your campaign to be compromised by invalid clicks. Best of luck in your next PPC campaign and watch out for those shady click rates!

Enjoy the read? If so don’t forget to stop by the Target Points blog for more tips, tricks, and tactics to improving your digital strategy and engaging your audience! Visit us at www.Targetpointsinc.com for additional information.

You can also take a look to our e-book The Inbound Check List  or gives a call today at 516-467-1846 we are a digital marketing agency that is constantly using all this tools to create great SEM Strategies. 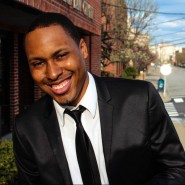 My name is Malik. As a content creator and copywriter, I make it my primary goal to bring fresh ideas and concepts to the table. I believe that as a creative individual, your ability to learn is only limited by your imagination. The definition of nerd, keep a look out for any pop culture references in blogs written by yours truly (especially Star Wars and Breaking Bad). Writing is my passion so if you come across something you like, feel free to let me know in the comments below. All feedback is appreciated.

Are you looking to improve your search ranking?